Selections from  THE MAYAN CYCLE  of  Jeremy Haladyna

Jeremy Haladyna's MAYAN CYCLE CD available on Innova!   Here, available from the label of the American
Composers' Forum, is an entire album devoted to a 35-year musical discovery.  Here are selected items from a
gigantic cycle of pieces that treat mind-bending Mayan ideas in contemporary musical language.  With previous
releases appearing on anthologies, this was the first, INTEGRAL release from the Cycle!

Jeremy Haladyna has thrice converted Mayan calendar into sound...inventing 3 unique scales that directly reflect
the mathematical brilliance of this astonishing people.  The opening cut of this new CD  [excerpt ONE below]
was conceived in Luubscale, and has notes born of the cycles of Venus, Earth, and the 260-day Mayan almanac.

All the sample cuts below come from the Innova compilation CD:

ONE is from "Demon Zero."  The Luubscale Jeremy invented musically translates the great "zero point" of
the Mayan calendar where Earth, Venus and the sacred almanac align.  This only happens every 104 yrs.
Virtual guitar, howler monkeys and mystic voices are all attuned to the "new" notes in this excerpt, notes
perhaps better described as "timeless."

TWO is from "Godpots" [Ollas].   Here four flutists playing conventional instruments and ocarinas in all sizes
re-enact an actual rainforest ceremony, only in music.   [Live recording with Areon Flutes from the 2008
Fischoff Chamber Competition, used by permission.]

FOUR is from "Tollan, Place of the Reeds."   An oboe wails mournfully over a mystical pipe organ to evoke
Tollan, mysterious mythical homeland for so many Mesoamerican peoples.   For the Maya, it was "Puh."
[This excerpt from II, "Snake Mountain" with Michele Forrest, oboe and Jeremy Haladyna, organ.]

ONE: Listen to the Mayan zero point scale that unites Earth, Venus and the almanac!

TWO: Listen to a Mayan rainforest ceremony recreated in music...

THREE: Listen to Mayan time approaching a crisis of alignment!

FOUR: Listen to the eerie call from Snake Mountain, Tollan... 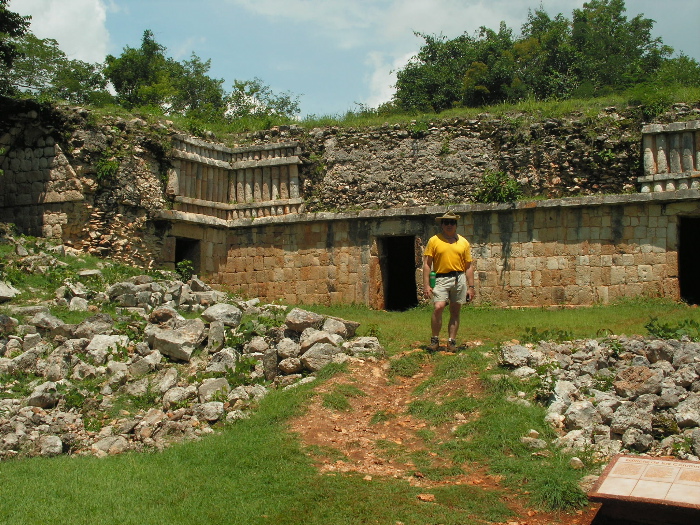