LISTEN to this album on: 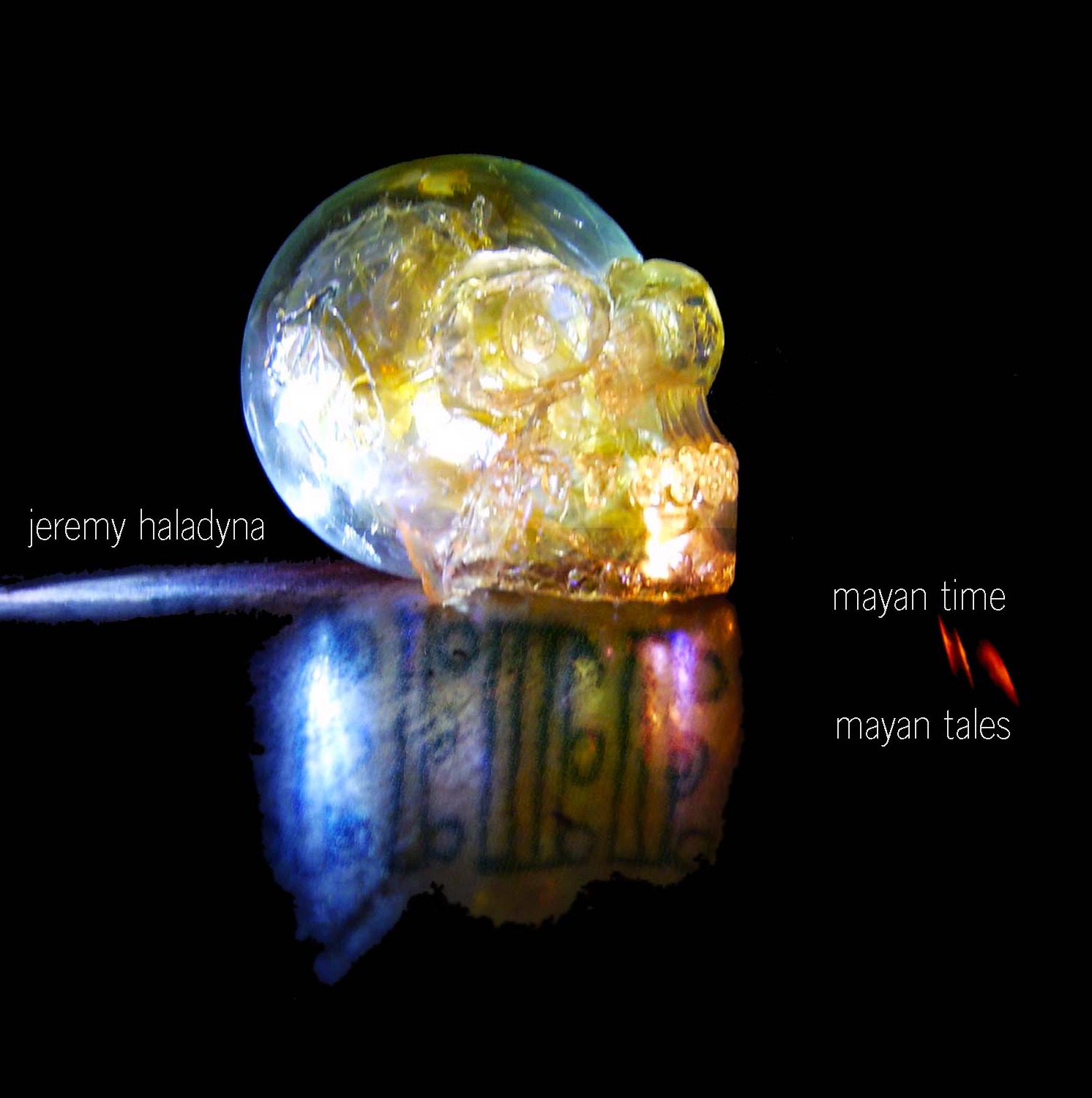 The LATEST Selections from  THE MAYAN CYCLE  of  Jeremy Haladyna

Jeremy Haladyna has thrice converted Mayan calendar into sound...inventing 3 unique scales that directly reflect
the mathematical brilliance of this astonishing people.  The opening selection of this new CD  [excerpt TWO below]
was conceived in his 2012 scale, with notes born of the cycles of  1, 20, 400 and 5,200 Maya years!

For 2012 and beyond... a crystal skull transmits music born of Mayan math, and ladies of Mayan lore and legend beguile.
The only way to really LISTEN to the end of the Mayan Great Cycle is with this new innova release by Jeremy Haladyna.

On more than a third of this disk, sound bears direct witness to the Maya and their calendars-- Mayan notions of time reborn as scales.
And atop the scales, tales :   of a crystal skull, a fearsome temptress, a still-living bird that saw Creation,
and a princess who gave her soul to marimba music.

Here is a 2nd innova release exploring mixed media works of Jeremy Haladyna , who in more than 25 years and nine visits
to the Mayan region,    has ventured ever more deeply into the magic and mystery of Maya culture, giving something back
in his unique body of music, THE MAYAN CYCLE .

All the sample cuts below come from the Innova compilation CD, spotlighting Jeremy performing along with
soprano Allison Bernal, percussionists Anthony Paul Garcia and Marjan Riazi, and oboist Michele Forrest.

ONE is from "The Crystal Skull of Lubaantun."  Jeremy's "Mayascale" musically translates the meshing
calendar wheels of the 360-day Mayan year and the 260-day Mayan almanac.   This new scalar system
takes two octaves, rather than one, to cycle back around to the beginning.  Here's an ode to one of the
strangest of all objects caught up with things Mayan, the Mitchell-Hedges crystal skull "found" in Belize.

TWO is from "The Princess of the 9 Cave."   It's the moment when the marimba first receives
a summoning cue from the spirit of the Guatemalan princess who died down in this cave of 9 levels,
hiding from Spanish conquistadors.   Jeremy's newest scale, "2012 scale," does service in this piece.
Lowest note:   3114 B.C.,  highest note, 2012 A.D.

THREE is from "Yaxuun," a work for piano invoking the mystical blue cotinga bird of the Yucatán--
which together with the quetzal was present at the dawn of Maya Creation.

ONE: Listen to the inner wisdom of the crystal skull of Lubaantun [Belize]!

TWO: Listen as the spirit of a Guatemalan princess imbues a culture of marimbas...

THREE: Listen to the ascent of the sacred blue cotinga bird, "Yaxuun!"